APG report on the latest situation of the American pistachio industry

It is a pleasure to taste success in sharing it with others.

“How things go this year will be determined over time. “Factors influencing this are Covid disease, rival post and the subject of tariffs.”

In explaining the current and future level of productive cultivation, Matoyan spoke of data showing the true extent of the increase in fertile cultivation:

“Last year was a fruitful year for American postage, but not as much as we expected based on the level of slaughter. Trees that did not bear much fruit last year may bear the same amount or even more this year. “In each case, they have seized it, despite obstacles we can scarcely imagine.”

Domestic sales of US pistachios show a 2% increase over last year. “About 70 percent of US products are exported, an increase of 18.5 percent this year over the previous year, despite restrictions on Covid and rival mail.”

Growth of pistachio exports to Europe and China

Compared to last year, US pistachio exports to the European market increased by 45% and to China / Hong Kong by 16%. There are many variables about what awaits these two markets in the future:

“God willing, we will get rid of Covid disease sooner. But we do not know what Covid will do with people’s shopping habits. We saw that in 2020, domestic consumption of pistachios increased. The next issue is competing mail, which will affect our export figures; Iran had a good product last year. Turkey and other producing countries have also grown pistachios, although they are not yet our competitors. Although the market facilitation plan implemented by the US Department of Agriculture compensated for the loss of Chinese market share to $ 360 per hectare per gardener, we hope the new US administration can reduce or even abolish tariffs on pistachio imports to China. . »

Matoyan presented a report on the association’s progress in pest control:

“Both the US pistachio and almond industries spent $ 6 million last year and $ 8.1 million this year on experimental control of the orange umbilical cord pest using sterilized flies. “This effort shows how to reduce the damage caused by pests by using less pesticides in the garden at the same time.”

PrimeX published on the 3rd of Farvardin 1400:

37% of the total product available this year has been sold and shipped by the end of February. California pistachio prices have not changed, as most exporters have closed their contracts by the end of the year. The transit situation and the delay in the arrival of shipments are improving; US pistachio exporters expect to be able to meet the current demand of European customers in the next few months by improving transportation and loading conditions. However, the challenges of loading and unloading shipments this year have been so great that European buyers are hoping to buy last year’s product for Christmas..

Hot weather has been reported in Iran. In some areas, early flowering cultivars are 1-2 weeks late, which can increase the risk of spring frosts. In California, fresh pistachio trees have sprouted. Flowering of early cultivars is expected to start from the first week of April (mid-April). Given that the cooling needs of pistachio trees in the United States are very well met, gardeners expect a low-yielding year for good-yielding pistachio trees. Current estimates for US pistachio production in 2018 are between 386 and 455 thousand tons.

As we said before, because the snowfall in California was much less than normal, we are facing drought this year. Gardeners are likely to have to pay a lot of money to get the water they need to irrigate their trees. 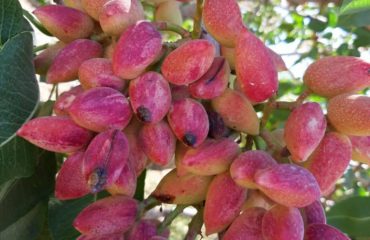 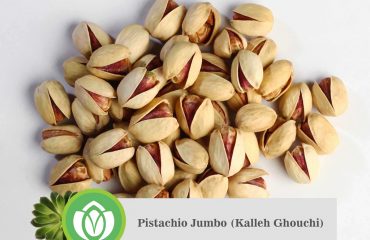 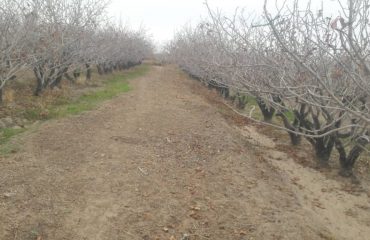