History of pistachios in Iran

The origin of pistachios in Iran dates back to the Achaemenid period, ie about 4,000 to 5,000 years ago. It is thought that the wild forests and pistachio trees in Iran were domesticated and cultivated about 3 to 4 thousand years ago and then transferred from Iran to other parts of the world, especially to the countries around the Mediterranean Sea.

The original origin of pistachio is attributed to the Achaemenid period and Kerman regions. After Islam, Qom has been introduced as the most important pistachio growing area in Iran. Its historical background dates back to the first half of the century AH and the first writings about pistachios in Damghan, Semnan and Qazvin are attributed to the seventh century and pistachio cultivation in Kerman to the 12th century. Currently, Iranian pistachios are named after the same place based on historical background, transportation and production area, such as Damghani, Qazvini, Ravari, Sabzevari and Qomi pistachios. Of course, it should be noted that in addition to the cases mentioned, pistachios also have divisions based on shape. Figures such as: Mumtaz (smiling), Baluchi, Koleghoochi, white pistachio, green pistachio and dagger. These different cultivars of pistachios have different ripening times and are divided into early and late varieties, which arrive early in late August and late in early October. Pistachio is a tropical fruit. This product was named in 1737 by a person named (Linnaeus) from Spain under the scientific name (anacardiacae). Unlike almonds and walnuts, pistachio tree is a dicotyledonous tree and its male and female are separate from each other. Pistachio is a fruit that is fertile one year and less fertile the next. The origin of pistachios in Iran dates back to 4000 years ago. Pistachio tree is derived from its Persian name in Greek, Latin, European, Arabic, Turkish, Russian, Japanese and other languages. The name of the tree of this product when it was imported to Iran was “Pistaco” in Persian and then it became (pistachio), the Latin word pistachio is derived from this word. Pistachio orchards in Iran have been established since then.

Dr. Fanleri derived the Persian word pistachio from the people of the northern regions of Kerman and the word pistachio is a very ancient Iranian word that originates from the dialect of the people located in the pistachio-rich area of ​​Kerman provinces. 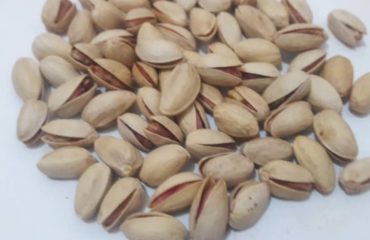 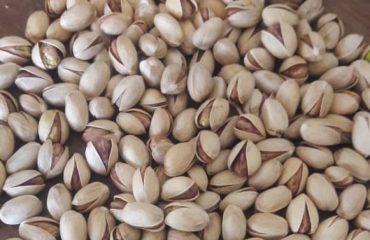 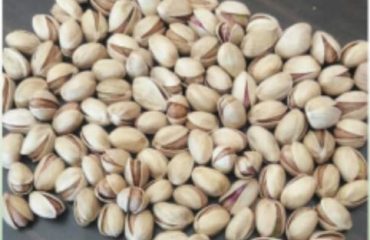