What was the reason for the jump in pistachio exports?

Although there were restrictions due to the spread of the corona, we were able to export reasonably well this year as well.

Iran’s dried fruit exports to Arab countries, India and Europe, which of course has decreased to some extent, and currently most of our exports are to China, which is often for their own consumption and do not send elsewhere.

There is a problem in the issue of dried fruit exports, and that is that European countries can not write on their packages, for example, “Iranian pistachios” so as not to be banned due to sanctions.

In the discussion of nuts, we do not have small packages and exports are mainly in bulk. Basically, nuts are bought only in bulk, because, for example, when Germany buys nuts from us, it distributes them among large stores, and those stores are branded. They pack it themselves and sell it!

There is a problem in the discussion of dried fruit exports, and that is that European countries can not write “Iranian pistachios” on their packages, for example. Although they themselves know that Iranian pistachios are Iranian and are very different from American pistachios in terms of taste, but due to sanctions, they do not write a name from Iran that should not be banned.

The United States produces about 51 percent of the world’s pistachios, and Iran, as one of the other pistachio producers, accounts for 31 percent.

Pistachio, as one of the main items of nuts, has a special place in the world and according to global statistics, in the 2019-2020 crop year, the production of pistachios was about 655.2 thousand tons worldwide.

On the other hand, global statistics show that Turkey produced 11% of the world’s pistachios during this period, followed by countries such as Syria and Afghanistan with a share of 4% and 1% at the bottom of the list of pistachio producers in the world.

Customs data show that in the first eight months of this year, the import of nuts has a downward trend and has decreased by 11% in terms of weight and 46% in terms of value. 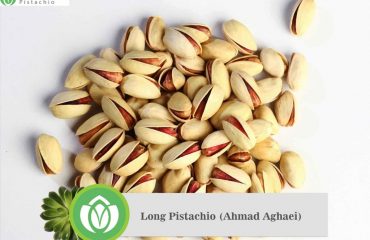 Advantages and disadvantages of eating pistachios during pregnancy