The share of East Asian countries in the import of tree nuts was 27% and in the Middle East 12%. In 2017, the value of dried fruit exports to the EU reached $ 2.7 billion.

Dried almonds (in shells and kernels) sold for $ 1.5 billion, dried pistachios ($ 44.6 million) and walnuts for $ 344 million in the European market. In the European Union, the most important destinations for American pistachios are Spain, Germany and the Netherlands, which account for 63% of total imports to Europe.

The United States is Europe’s largest supplier of tree nuts. In 2017, the main market share in Europe was 37%. Turkey has the second largest share of the European market (20%), followed by Vietnam, Chile and India, and almonds are still the main commodity, accounting for 22% of total dried fruit imports to the EU.

Nuts and food processing industries in Europe are the largest consumers of tree nuts in Europe. These industries use cookies in traditional foods as well as their recycling and re-export to third world countries.

Almonds are mostly used as a substance in the production of marzipan, nougat, toron (Spanish Christmas food), sweets and pastries. European growers use pistachios and walnuts for ice cream and confectionery.

The European food and nutrition industry is constantly trying to offer new products and methods for consuming more nuts. However, introducing new products in traditional markets such as Spain and Italy is not an easy task. In these markets, consumers often prefer their own local and regional food products.

Due to the large European market, food retailers are focused on developing strategies to produce new value-added products in order to sell more goods in bulk. They also try to showcase the nutritional value and benefits of fruit trees through advertising campaigns and new packaging.

Expansion of trade in the EU market

Since the European Union is a major exporter of tree seeds, American exporters are always looking to expand their trade with these countries.

Trade fairs are a golden opportunity to learn about this market and meet secret importers. Some of the most important trade fairs in Europe dealing with tree plants are shown in Table 1.

Exporters who have recently entered the food trade are advised to refer to FAIRS reports (including standards and regulations on food and agriculture imports to the EU) to learn more about EU food regulations and market opportunities. Europe) refer.

American activists in the European Union

Associations such as the California Almond Association (ABC), the American Pistachio Association (APG) and the Cancer Commission (CWC) have always sought to develop business strategies in the EU market.

These unions or industry activists, in collaboration with agricultural service offices across Europe, are always looking to increase market opportunities for tree products.

Pistachio in Italy is a traditional product, especially in Sicily (Bronte region), which supplies 90% of Italian pistachios. In recent years, pistachio production has expanded to other parts of Sicily and Basilicata.

Newer and more efficient gardens are being built in these areas. Bianca (or Napoleon) is the main pistachio in Italy, usually harvested in September. Since 2004, the European Commission has awarded the Brontot pistachio the PDO (Designation of Origin Protection) mark, distinguishing it from other pistachios in the world.

Spanish pistachio is a native product

Spanish consumer interest in pistachios is growing, and pistachio production in Spain is growing rapidly. It is true that pistachios are not a common commodity in Spain, but the high profitability and high demand for this product in the last 10 years has led to a significant increase in the level of pistachio cultivation in Spain.

Pistachio harvest for use in Europe

Pistachio production in the EU does not cover domestic demand, so significant amounts of pistachios are imported into the EU from Iran and the United States.

Pistachios are consumed in various forms in Europe, using dried pistachios (with skin) as nuts, for pistachio kernels for consumption in restaurants, cakes, pastries and other food industries, and green pistachio powder and pistachio paste in ice cream.

Pistachio trade in the European market

The European Union is one of the main importers of pistachios in the world. Iranian and US pistachios have the largest share in the European pistachio market. Together, the two countries account for more than 90% of total pistachio imports to Europe.

Pistachio exports from the EU are very low. The main targets of pistachios produced in 28 EU countries in 2016 were the independent cities of Mellá and Monte Carlo in Spain.

Countries such as Afghanistan, Argentina, Australia, Greece, Jordan, Italy, Madagascar, Spain, Tunisia, China, Australia, Kyrgyzstan and Uzbekistan also produce pistachios. But most of their products are consumed locally or some of them are exported to the countries of the region.

In general, pistachio-producing countries are not thought to be importers, but statistics still show that the United States and Iran are both importers of pistachios. But we know that Iran, after a little processing on pistachios, exports its imported pistachios again.

Hong Kong is a gateway to import goods to China and also re-exports goods from China to other countries. Germany, Belgium, Luxembourg and the United Arab Emirates do the same and are next in line.

According to statistics released by the FAO, the United States produces 406,000 tons of pistachios annually in the world and is the world’s largest producer of this product.

Rafsanjan and Sirjan pistachio site, with years of experience in buying and selling pistachios and offering products in accordance with international standards and gaining the trust of its customers across the country, is ready to offer the best type of pistachios to our dear compatriots.

We will do our best to help improve the quality of Iran’s agricultural inputs. We try to introduce the best of agriculture. 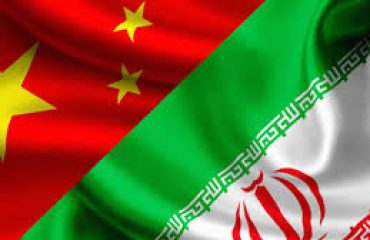 Iran is the second largest exporter of pistachios to China 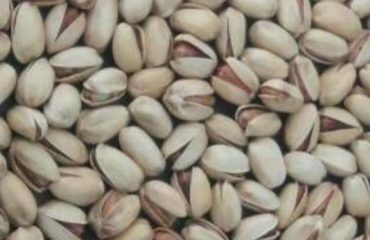 What was the reason for the jump in pistachio exports? 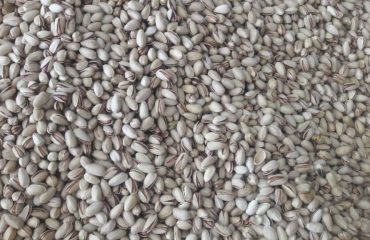